5k run / 30k bike / 5k run FS Series going old school!   Each run segment for the long course will be 1.55 miles out and back with small rolling hills through the park and local communities.  The second segment of the run will mirror the first run with a water station right outside the transition area and a 2nd water station located at the run turnaround.

The 30k bike course will ride along many familiar roads to local cyclists.  The ride will feature fast, flat, rolling and climbing sections and multiple views of Lake Jordan. 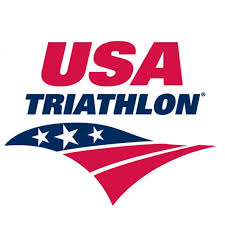 Cary Duathlon is a USA Triathlon sanctioned event.  USA Triathlon is proud to serve as the National Governing Body for triathlon, as well as duathlon, aquathlon, aquabike, winter triathlon, off-road triathlon and paratriathlon in the United States. Founded in 1982, USA Triathlon sanctions more than 4,300 races and connects with nearly 500,000 members each year, making it the largest multisport organization in the world. In addition to its work with athletes, coaches and race directors on the grassroots level, USA Triathlon provides leadership and support to elite athletes competing at international events, including International Triathlon Union (ITU) World Championships, Pan American Games and the Olympic and Paralympic Games. USA Triathlon is a proud member of the ITU and the United States Olympic Committee (USOC).